When roof damage occurs, you are left with a decision -- repair or replace. The following can help you make this decision.

It's important to know the average lifespan for your particular roof. The average lifespan is determined by the type of roofing material after taking into consideration outside factors. For example, an asphalt shingle roof may last upwards of 20 years, but if the roof is in an area that has frequent hail storms or if the last roof was installed over the old shingles, that lifespan may be as much of half the average lifespan. If a roof is approaching the end of its expected life, it makes more sense to replace it rather than repair it.

A roof may look like it only has minimal damage on the surface: for example, a single missing shingle. If that shingle has been missing for awhile, though, then extensive mold and rot may have affected the roof sheathing below. A roofer needs to fully inspect the roof before repairing the visible damage so that they can determine whether what is visible is just a small part of more extensive hidden damages. If you have a lot of hidden damage, it may be necessary to replace the roof.

A few blown off shingles may not seem like a big deal, but it may lead to a major appearance-based issue. Manufacturers are constantly changing and updating their product line. If your style or color of shingles has been discontinued, it may be impossible to find a close match. In this case, any repair may stand out like a sore thumb. You need to weigh whether or not you can live with a visible patch on the roof. If you are planning to sell anytime soon, it may be better to replace the roof.

Consider your future plans for the house. If you plan to stay in the house for a decade or more, it may make sense to simple replace the roof rather than pay out for many small repairs only to replace it anyway in a few years. On the other hand, if you plan to sell the house in the next year or two, it makes more sense to pay for a small repair now since you won't be the one paying for the eventual replacement.

Contact a roof replacement service in your area for more help when it comes to choosing between repair and replacement. 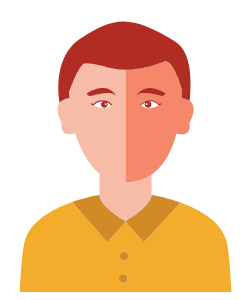 Roof problems can go from minor to really scary in no time at all. One day you have a little leak, and the next you're left with major water damage in your attic. But it does not have to be this way. Well-informed homeowners know how to recognize roof leaks, and they know the importance of regular maintenance for roof longevity. How do you become one of those well-informed homeowners? By visiting our website, of course! Here, we have articles about common roofing problems, hiring a roofer, choosing a good roof, and even DIY repairs. Every home has a roof, and every homeowner should know the basics about roofing.